By brettgreenwoodfoundation on February 6, 2012 in Uncategorized

Beginning immediately following Brett’s injury, support came pouring in for him. Many people dropped off cards, flowers and cookies, while others showed their support at the Green-out game versus University of Louisiana-Monroe and by the many donations made each day to the Brett Greenwood Foundation.

One item that showed up a few weeks later was this framed flag and certificate from a Hawkeye soldier from Eastern Iowan. 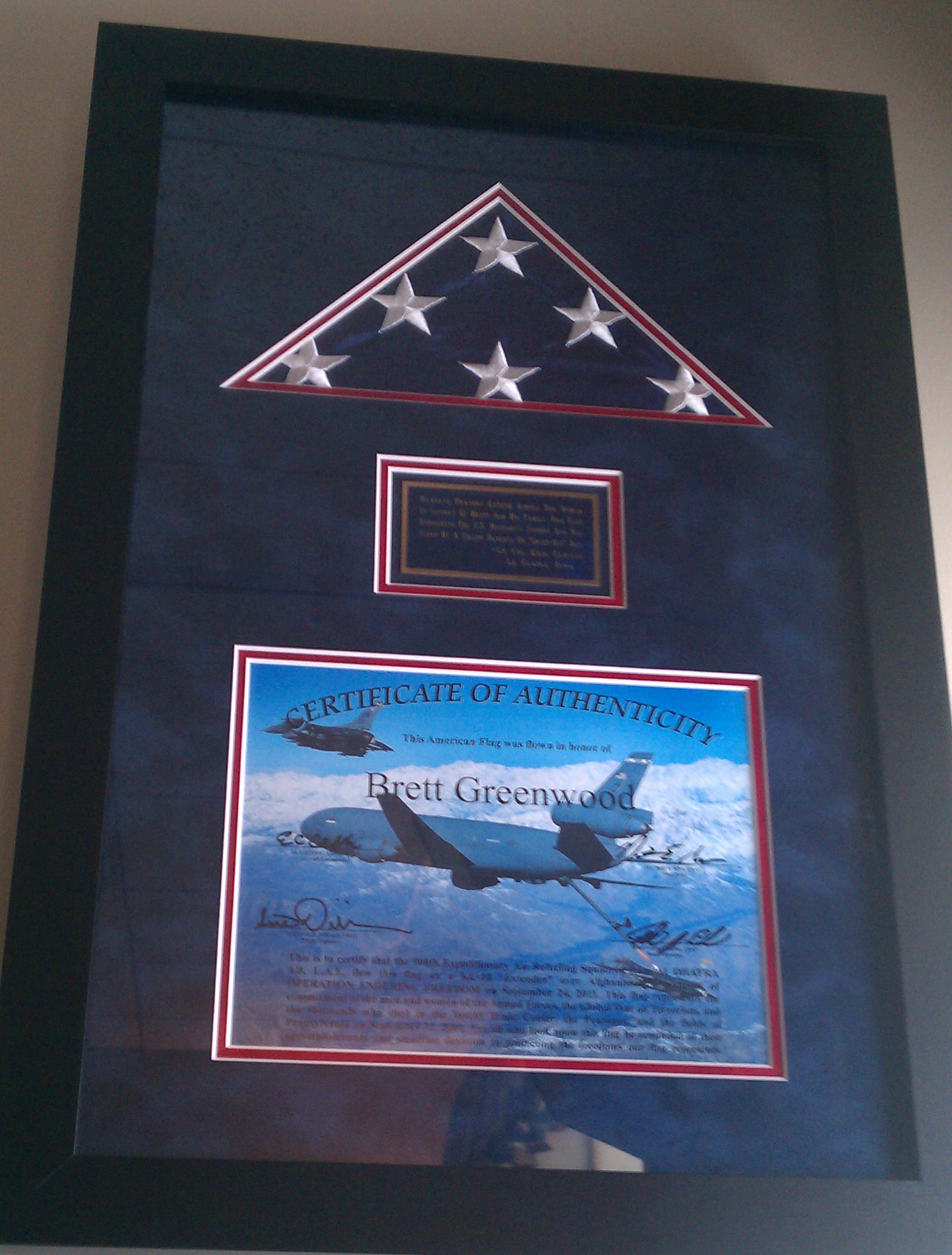 The flag was flown in honor of Brett on “Green-Out” day over Afghanistan on a KC-10 “Extender” in support of OPERATION ENDURING FREEDOM on September 24, 2011.

The framed flag and certificate are accompanied by a small plaque reading, “Hawkeye Prayers Extend Across The World In Support Of Brett And His Family. This Flag Represents The U.S. Military’s Support And Was Flown By A Fellow Hawkeye on “Green-Out” Day.” – Lt. Col. Eric Clifton

This flag not only represents freedom and everything the U.S. Military and armed forces represent to Americans, but also the bond among Hawkeye Nation. It takes an incredible person to fight for our country, and while doing that reach out in support of Brett and his battle. While the two fights are hardly comparable to one another, the determination and desire to overcome are present in both situations.

Brett is fighting everyday to make positive steps forward. He continues to get better and beat the odds at every stage. We are so thankful for all the prayers. This framed flag and certificate now hang in Brett’s room to remind him that others are fighting too and are supporting him.

Thank you Lt. Col. Eric Clifton and all the armed forces of our country, for everything you do each day to allow Brett and his family the freedom to fight this battle he is in.

One Response to Hawks Fly Strong